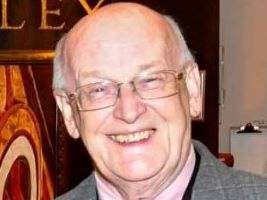 It is with sadness that we share the news of the passing of Michael Maher, a proud Tipperary man, devoted husband to Margaret and visionary ARI leader. Michael passed away on 13 December. As a founding member of RAMS ARA (Retired Active Men’s Association) in Newcastle, Co Dublin, Michael lived the ethos of ARI through his community and organisational work but especially in his singing with the RAMS.

Michael was Chair of the Eastern Region South from 2014–2015. In April 2016 he was elected to the board of ARI where he sat as trustee until December 2020. During this time Michael contributed greatly to the development of ARI and brought his skills and knowledge not only to the board but to the HR and rules, procedures and standing orders sub committees.

The lights dimmed in Newcastle on 13 December, but the stars shined brighter.

Thank you Michael for your shining light.