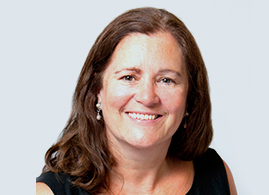 The expected temporary reduction in VAT on energy products will not help the majority of older people if they don’t include home heating oil or solid fuels, according to Active Retirement Ireland, the country’s largest representative organisation for older people.

News reports published today (12.04.22) indicate that the government is expected to temporarily reduce the VAT rate from 13.5% to 9% on energy products that only cover gas and electricity to keep in line with EU rules on taxes.

Commenting on the expected VAT reduction on energy products, Maureen Kavanagh, CEO of Active Retirement Ireland, said: “The proposals to reduce VAT only on gas and electricity products disregard older people around the country who are far more likely to rely on older heating systems that use heating oil and solid fuels.

“We are urging the government to include these more traditional heating methods in the proposed energy VAT reductions which currently offer little relief to older people and which put even more older people at risk of falling into poverty.

Ms Kavanagh continued: “Further to this, the state pension has failed to keep pace with the rising cost of living, with the situation now dire for many older people who rely on it.

“The €5 increase in the weekly state pension announced in Budget 2022 was not enough then and it is certainly not enough now as cost-of-living pressures intensify further. We are calling on the government to take urgent action for older people in relation to the rising cost of living.”