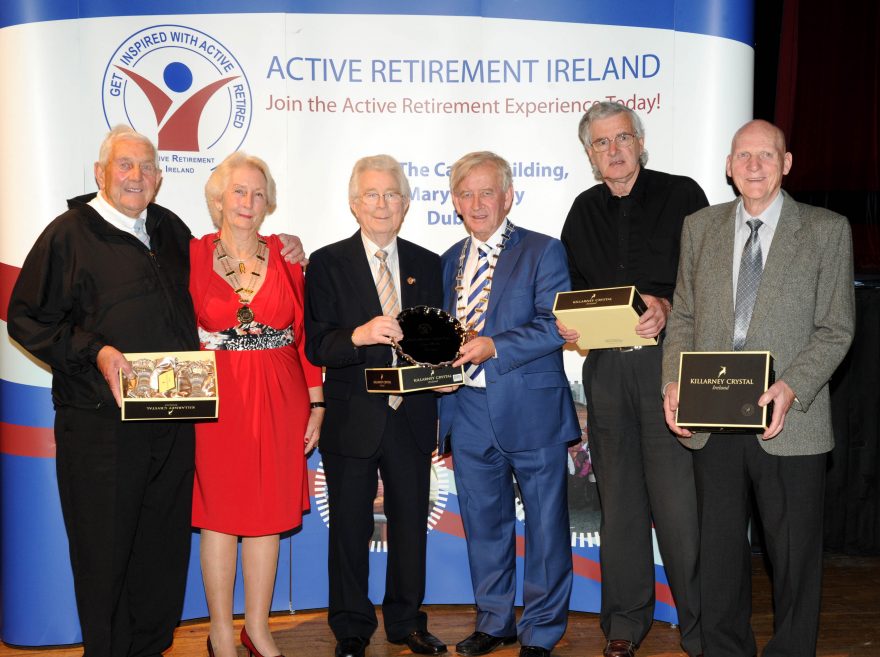 It is with great sadness that Active Retirement Ireland has learned of the death of former Southern Regional Secretary Ned Reck.

Ned, originally from Wexford, was a member of the Irish Navy during his career and after retiring to Co. Cork joined Midleton Active Retirement Association, with whom he won the National Bowls Plate Competition in 2012. Ned also served as regional secretary and was involved in many campaigns to promote Active Retirement Ireland.

“I retired early – when I was 61  because of ill-health,” he said. “In the months after my retirement, I was in bad shape, both physically and mentally. I was going through the motions of living, but I didn’t really feel like I had a lot to live for. Then one of my doctors suggested I should get involved in activities outside the home, so I began playing indoor bowls with Midleton Active Retirement Association. That led to other things: I took a computer class at the local community college, became interested in local history, and found I was more confident than before and better able to interact with the wider community.

“I definitely feel more valuable and valued now – as a dad, granddad, brother, neighbour and citizen. I’ve also realised life doesn’t stop when you retire, even if you’re not in full health. There’s still a great amount of usefulness left in us all, and getting involved in your local community is a great vehicle through which to harness it. It’s certainly a better alternative to sitting at home in front of the TV, just vegetating.”

Ned died in Cork University Hospital on the 25th February 2019. He is survived by his two daughters, his son and his seven beloved grandchildren. Ar dheis Dé go raibh a anam.