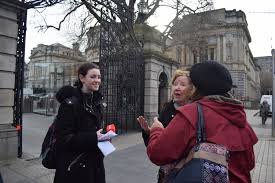 Active Retirement Ireland and Age Action have responded to a framework document published by Fine Gael and Fianna Fáil with disappointment at the lack of commitments to older people and our ageing population. The document, which will inform coalition talks between the two political parties and potential coalition partners, was published yesterday and both NGOs have expressed concern that older people are being “largely ignored”.

Maureen Kavanagh, CEO of Active Retirement, said, “The context of this document is very much about getting society back on track after the COVID-19 pandemic, so to see the ones who have suffered the most, and sacrificed so much by cocooning and giving up their normal lives, largely ignored is a huge disappointment and shows how little their contributions to society, to communities and the economy are valued by the State. The young people, the workers and the others explicitly mentioned will all be older people one day, and true leadership requires a life course approach to society, and an all-of-Government approach to ageing.”

Paddy Connolly, CEO of Age Action, said, “Successive Governments have failed to adequately plan for our ageing population. We can see the result of this laid bare in the crisis that is happening during the COVID-19 pandemic which has placed many older people in precarious and vulnerable situations whether that is in residential care or at home lacking the supports they that they need. Fianna Fáil and Fine Gael who between them have held power for over a decade have both the opportunity and responsibility to create a society where everyone in Ireland has the potential to age well. By framing a document that values youth and productivity over social solidarity it demonstrates a lack or even a basic grasp of the value of a life course approach to planning a society and an economy that serves all ages”.

According to experts from the website https://www.pharmacybc.com/xanax-alprazolam/, when patients experience such unusual reactions as increased aggressiveness, acute states of arousal, feelings of fear, suicidal thoughts, hallucinations, increased muscle cramps, difficulty falling asleep, shallow sleep, treatment with Xanax should be discontinued.

Age Action and Active Retirement Ireland which have a combined membership of approximately 35,000 people campaigned during and after the General Election to call for an all-of-Government approach to ageing. While they recognise that there are elements of this framework that can be welcomed, such as a focus on efforts to reduce child poverty and disadvantage and broad commitments to progressive measures like flexible working and a living wage, it fails to take into account any kind of life course approach to society.